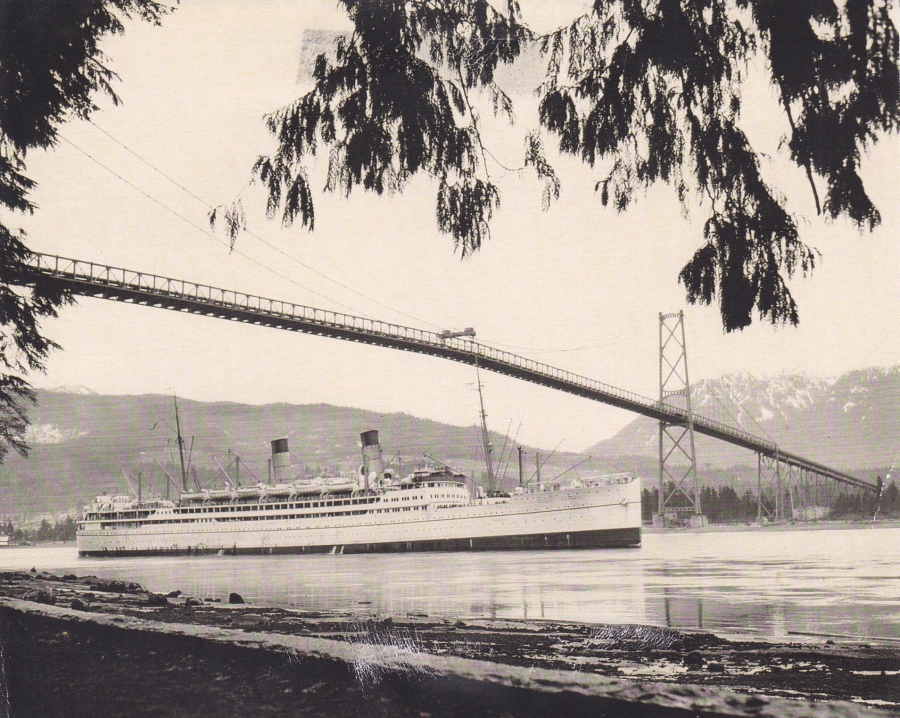 I thought I would try something a little different in this post. Instead of sharing a travel story of mine, I have interviewed my Grandmother. She is, after all, my biggest fan, and editor (Thanks Granny!) Today I share some of her stories and experiences of Aotearoa.

Tell me about your journey to New Zealand

The first trip I did to New Zealand was with my mother after finishing school in June 1948.  I turned 19 in July and we sailed from Vancouver on the first post-war trip of the Aorangi in September of that year.  The ship had been refitted after service as a troop ship during the war.  She was 13,000 tons which seems minuscule compared to the floating apartment buildings you see now, but she was comfortable and I would describe the atmosphere on board as gracious.

The trip took 2 1/2 weeks from Vancouver to Auckland and life onboard was very relaxed and pleasant; gorgeous weather, sparkling deep blue seas and plenty of entertainment. We made some good friends during the voyage and some of those friendships lasted many years.  One of the girls I met then was my matron-of- honour at my wedding.

It took a week to the first port of Honolulu with an overnight stay and another week to Suva in Fiji. It got a bit cooler as we got nearer NZ and we arrived in Auckland on a grey day in October.

What were your first impressions of New Zealand?

I seem to remember we approached Auckland on a rather dreary day in early October and we gathered at the rail for our first sight of Godzone. People were asking where others were bound for and when someone said ‘Wellington’ there was a general expression of sympathy and I thought what an awful place Wellington must be.

Arriving in Auckland I felt I had landed in a place where time had stood still.  The Harbour Bridge had not been built. There was nothing much to buy in the shops and people had to have overseas funds to buy a new car.  Carpets and other furnishings had to be ordered and came by sea from the UK etc. after a long wait. There were even still some of the same people in the shops that were there when my mum left more than 20 years earlier.

Even her postman was still the same!

My first experience of Wellington was 18 months later when I returned to New Zealand to marry after a shipboard romance. Wellington put on a perfect day with the sun glinting on the harbour and the surrounding hills looking like they had been sprinkled by some giant hand with colourful little houses (“little boxes on the hillside” as the song went.) I fell in love with it then and there and have loved it ever since.

In 1948, my mother and I took a little trip to Rotorua. We stayed in a guest house – no motels in those days. We did a trip to Whakarewarewa and also to see the Aratiatia Rapids.  I remember the tour guide/bus driver saying as we walked through scrubby bushes to the Rapids “This is Injun Country”.

On one of the days we were on the bus going to the Whakarewarewa Village and noticed a Maori lady sitting near us stripping flax. The following day we did a sightseeing trip to the village and lo and behold, here was our lady from the bus as our guide for the day. She turned out to be none other than the famous Guide Rangi. She was a very well educated lady with a beautiful speaking voice and very knowledgeable about Maori culture.  It wasn’t till later that we realised she was really quite famous and had guided tourists from all over the world.

We felt very privileged to have met her.

To be continued next week.

4 thoughts on “New Zealand, through the eyes of my Grandmother – Part 1”

Enter a key word to search for your next adventure

Seal swim Kaikoura. One of the coolest activities I have ever done. So special to join these animals in their natural environment.
Hokitika Gorge has the most stunning blue water.
Making my greenstone pedant at Bonz n Stonz.
Selecting my greenstone drawing out the shape I want for the pendant I'm making.
Kotuku. The white heron. Such a stunning bird. So graceful and elegant. It was an amazing experience watching them fly past us while on our kayak trip with Okarito Kayaks
Ticking off the bucket list with a kayak on Okarito Lagoon.